Even though we are very definitely in the digital era, analog devices are still very common in recording, mixing, mastering studios around the world. Why is that?

It's definitely not just because they are old. Older equipment breaks more easily and is more epensive to maintain. Instead, it's about the sound and character of these devices that makes them so attractive.

At Distopik, we marry the analog equipment with digital control that we developed. The digital control is called D-POT and uses passive design using relays as switches - similar to "mastering edition gear" with stepped controls. Instead of a human turning the knobs, a computer tells the circuit which relays to turn on instead.

This unlocks many possibilities like having equipment in one room (or continent) away from the user, undo, presets, instant a/b comparisons and so on.

The Benefits of D-POT for automation

Transparency
Only resistors and switches are used in the signal path of the D-POT. It is a drop-in replacement for potentiometers and rheostats, behaves and measures as expected with no degradation in quality.
Tracking accuracy
Audio potentiometer usually have a tolerance rating of ±20%. Any two potentiometers may be as much as 40% different in feel. Mastering gear uses stepped controls so that knobs track identically. D-POTs follow the same concept with a ±1% tolerance rating.
Tracking speed
While it is possible to attach a servo motor to automate knobs, this negates the benefit of tracking accuracy, but also reduces the rate of change which makes the controls feel like they are lagging. D-POTs can change to any position in milliseconds.
Intelligent design
Due to the way we hear sound, designers use exotic types of pots to react perfectly as the knob is moved. In order to hit the same feel, we utilize a machine learning tool designing a relay network topology with <1% deviation from the target.
The use of machine learning algorithms to optimize the digital control transfer characteristics is nothing short of genius! It shows the level of dedication that only a specialized company can execute. I LOVE IT! 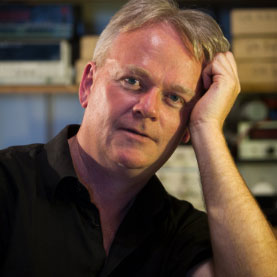 There is only so much that can be conveyed with words and images. To get really impressed with what mix:analog can do, give it a shot and try it yourself with our zero risk free trial!
Back To HomeEnter Studio